Go to main navigation
INCULCATING A PASSION FOR EXCELLENCE: Inventure Academy is ranked among the Top Co-ed Day Schools in India in the EducationWorld - C fore survey 2019, the most extensive schools evaluation survey worldwide. In 2019-20, we are ranked #3 in India (up from #4 2018-19 and up from #9 in 2017-18), and #2 in Karnataka and Bangalore (up from #3 in 2017-18).
Home » Inventure raises funds for Terry Fox and cancer research
Fourth and Fifth graders were  inspired and motivated by the true life story of a  young boy who after having had his right leg amputated from bone cancer, decided to raise money for cancer research by running a marathon a day across the country on one leg! They were able to raise Rs.38,000 and a few students even attended the Terry Fox Run : a 5 km walk, jog, run for Cancer at Kanteerava Stadium  Sunday, 18th September 2011. 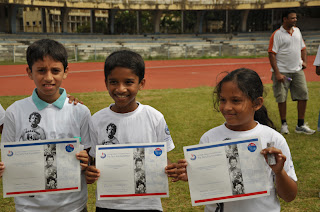 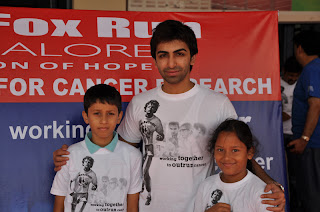